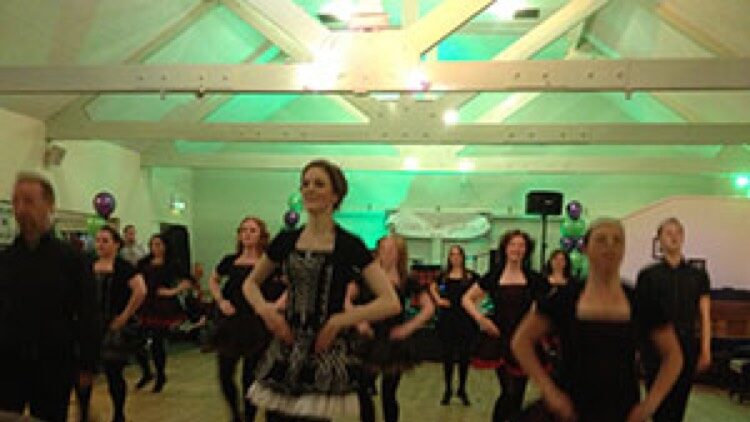 It’s St Patrick’s Day so we just have to talk about Irish food today. We have two Irish Directors at bartlett mitchell- David and Lin. We were recently treated to an amazing display of Irish Dancing by David James and students from his Irish dancing school at our annual staff thank-you celebration. This entertainment was paired with all sorts of Irish food treats from Irish stew with champ to soda bread and cheese to a delicious Baileys mouse. So you could say it’s in our genes. David and Lin’s irishness shows in their ready wit around the office and their ability to laugh at life. We asked them to tell us more about the food of their homeland.

Traditionally a land of home cooking, Ireland now has both a vibrant international food culture, and a rekindled interest in classical Irish dishes. Being an island nation like Britain, Ireland shares many connections with the UK’s traditional foods and it has had similar influences – for example, the Celts, the Vikings, and foods introduced from new parts of the world over many centuries. The obvious introduction is the potato but Ireland’s pastures, hillsides and coastal regions provide a plentiful supply of delicious ingredients, both land farmed and fished.

An emphasis on provenance

Home and family have always played a huge part in Irish cuisine with the kitchen seen as the heart of the home. In fact David often talks about this s his earliest memory of growing up, his mother, grandmother and aunts all gathered around the large kitchen table baking for the week. Rustic hearty stews and potato dishes used to be a staple of many Irish families but today, like most European countries, Ireland has a thriving modern food culture.

One of the restaurants Lin loves and always visits when she goes home is Avoca. Avoca believe in using great natural ingredients – some they even grow ourselves; prepared from scratch; with a little bit of adventure; and always offering value. They are a great Irish food success story.

Avoca is proof of another trend you’re likely to find in Ireland today which is a sense of getting back to basics and good food provenance. Niche local producers, whether cheese makers, bakers or speciality sausage butchers, are on the rise and even though foods served in restaurants may be very international in flavour, the focus is on buying as many of the ingredients locally as possible.

There is a huge variety of Irish dishes – some very similar to British dishes and some unique. Here are a few to consider trying:

For more recipe ideas and places to visit, check out:

My earliest food memories are of my mum’s baking; coconut pyramid cakes were my favourite.

A royal celebration in food